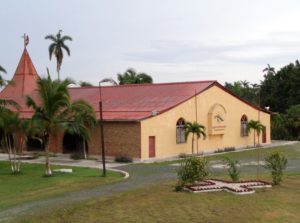 October 2 – 7th I had the opportunity to visit Cuba with a team from ECHO. We were hosted by the United Methodist Church of Cuba and had an excellent experience. The purpose was to visit several sites and learn what agricultural activities were planned so that we could then discuss how ECHO might be able to help.

Of course I was on the lookout for birds the whole time! There was very little spare time for focused birding but I did manage to find 8 life birds.

So I ended the trip with eight lifers out of only 22 birds observed in Cuba. But the main objectives of the trip were accomplished.

The arrangements for accommodations and travel were very well organized and we thoroughly enjoyed the generous hospitality, food and friendliness of our hosts. We look forward to future collaboration between ECHO and farmers in Cuba.